Jules Jurgens Pocket watch produced circa 1921. A very rare and extravagant example fully decorated with blue, white and gold enamel. The craftsmanship involved by making this extraordinary pocket watch is really artisanal. Its hard to find a 20th century pocket watch which such rich enamel and gilt painting combined with one of the best movement structures available back then. The finishing of both the enamel and movement is extraordinary.

Jules Jurgensen Copenhagen produced many fine, different, and fascinating watches. Over the years, their watches have earned more than 32 international awards for design and quality workmanship. The firm continued under family control until 1916 when David Golay a regleur for the house bought the firm from J. A.’s widow. He in turn sold out to E. Heuer in Bienne in 1925. This particular example has been produced in 1921 when David Golay was in charge of the firm located in Switzerland, the limited production of watches back then are from extreme quality and proudly bear the signature Jules Jurgensen Copenhagen & Switzerland. 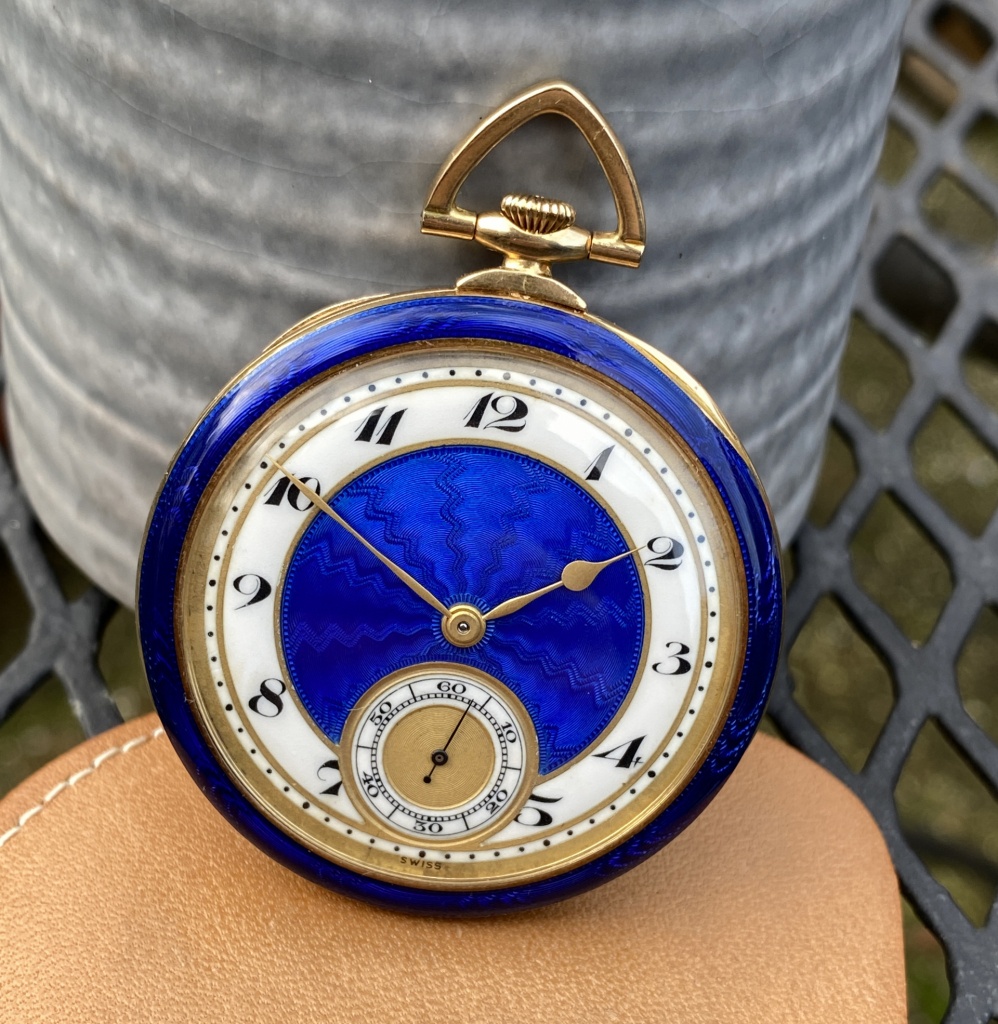 The enamel painting on this Jules Jurgensen is truly magnificent. The backplate is fully blue enamelled in a translucent pattern while the front has three layers of enamel painting. In the centre the same translucent pattern is featured as on the back, separated from the white enamel minute track by a gilded era. The gilt finishing comes back all over the front. I easily stare at this watch for several minutes while loosing my mind in the beautiful translucent blue colors.

It took me a while to understand what movement was being used for this extremely well finished watch. That the movement belonged to the best finished movements around was clear to me. All bridges are extremely well decorated and finished by hand. Its movement strongly reminiscence to high-end movements produced by Breguet and Audemars Piguet during the 1920’s. I found out the movement is an extremely high-end Caliber 17′ from Fils de Louis Elisee Piguet from Le Brassus.

Louis-Elisée Piguet (1836-1924), is known as a specialist in Grandes Sonneries, whose masterpiece, the Universelle, is displayed in the spiral. Louis Elisée Piguet also worked for Louis Audemars next to producing his own watch movements. Recently a very are pocket watch movement from the maker has been put in an extremely precious and rare pocket watch by Parmigiani Fleurier. Read more about that watch here 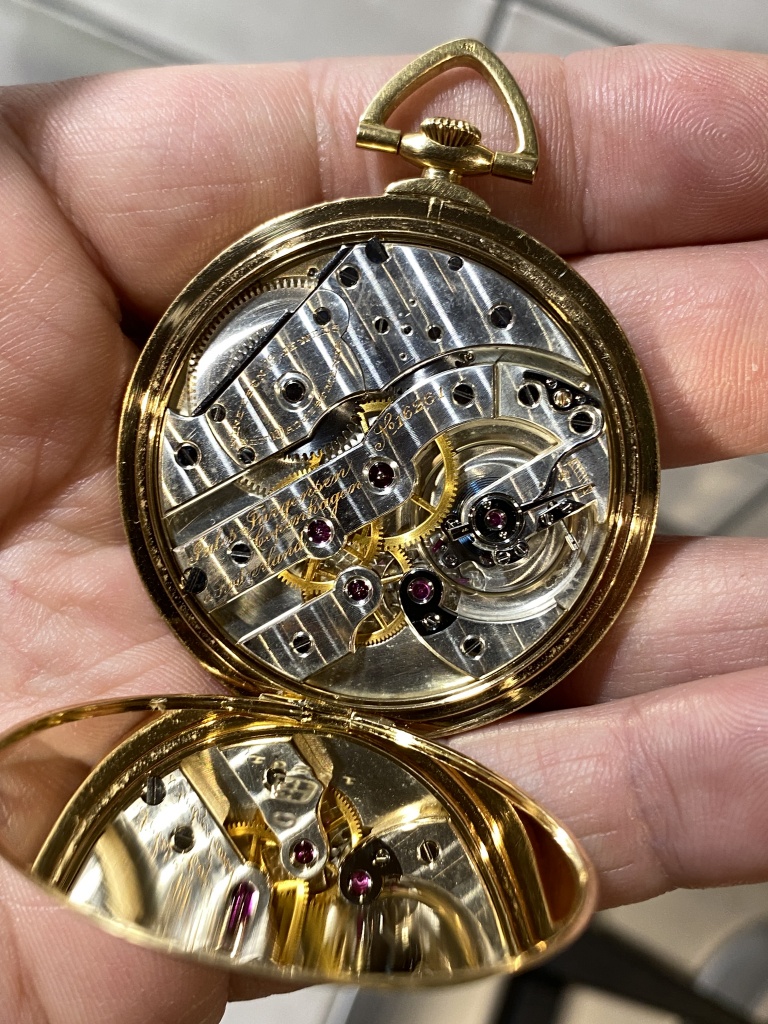 This pocket watch is one of the most striking objects I have come across in a while and the quality of both movement and case is from another world. The movements made by Louis Elisée Piguet are scarce and sought after by the true connoisseurs of watch movements. This unique movement is finished to the highest possible standards which we can also say from its extravagant watch case. In the next picture we tried to highlight its high level of finishing. 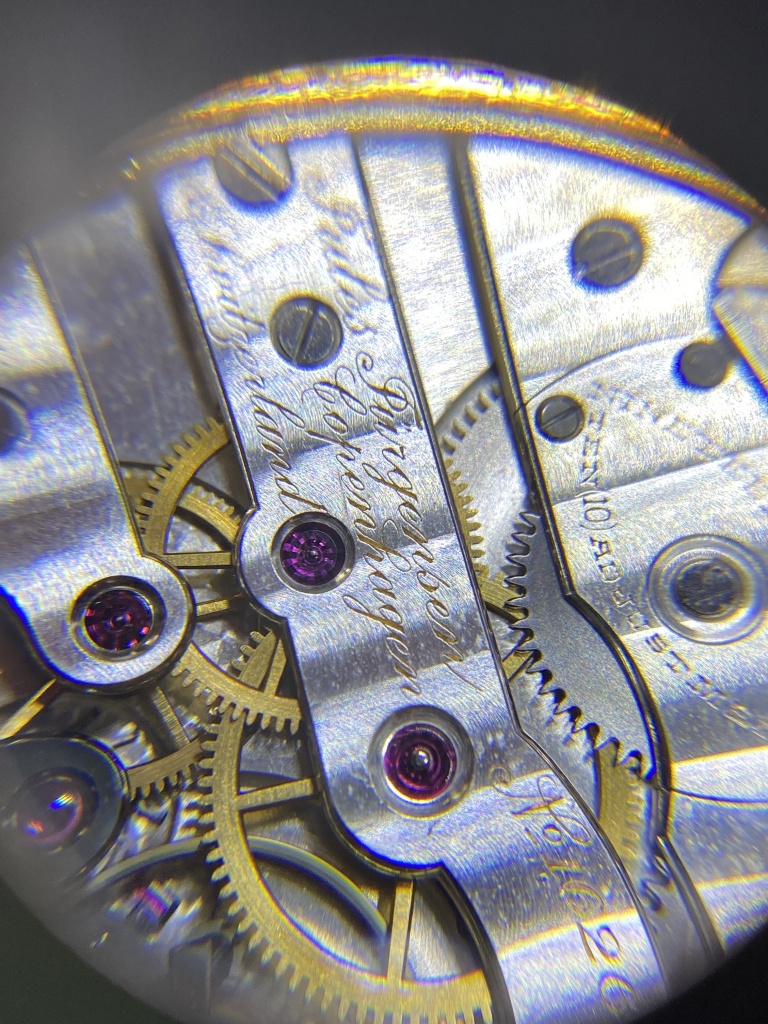 Please get in touch with us if you want more information about this very rare and attractive piece of history. We are happy to share more information, photos and video’s of the watch. Don’t hesitate to contact us now. You can also use the form below and we will contact you as soon as possible